Rum French Toast is French toast made with rum and topped with a maple rum syrup. Your new favorite dessert once topped with your favorite ice cream. 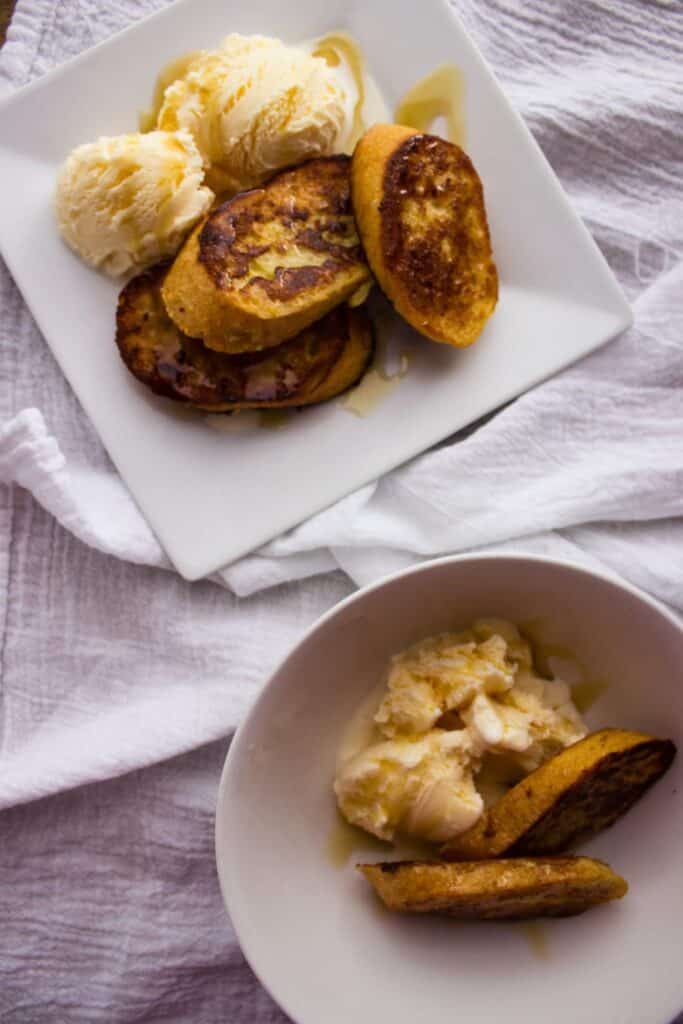 So if you have been following me for a while here on the blog then you may know how I feel about French toast. I love it! It is so delicious. I will never forget the first time that I had it was when I was a child and I spent the night at my Aunt’s house and when she asked me what I wanted for breakfast, I told her cinnamon toast. This is basically toast with butter, cinnamon, and sugar, but instead, she made me French toast. I immediately fell in love with it and once I realized how easy it is to make it has become a staple in my toolkit of recipes.

Now I have shared a few recipes with you on the blog and some good breakfast or brunch options, but I also enjoy having French toast as a dessert as well. Especially when you pair it with your favorite ice cream and add in a little rum for a little something extra. This recipe incorporates rum, light or dark, into the egg mixture as well as adding rum into the maple syrup to drizzle over the Rum French Toast at the end. This is certainly not your kiddos French toast. AND since we are all about taking desserts to the next level, you will pair this warm, buttery, rum flavored French toast with your favorite ice cream.

Just imagine the hot, steamy French toast topped with some cool, creamy, ice cream. Plus it really does not matter what kind of ice cream you use either, but if I were you I would pair it with some rum raisin ice cream. Rum French Toast a la mode anyone? Yes, I thought you would like it. 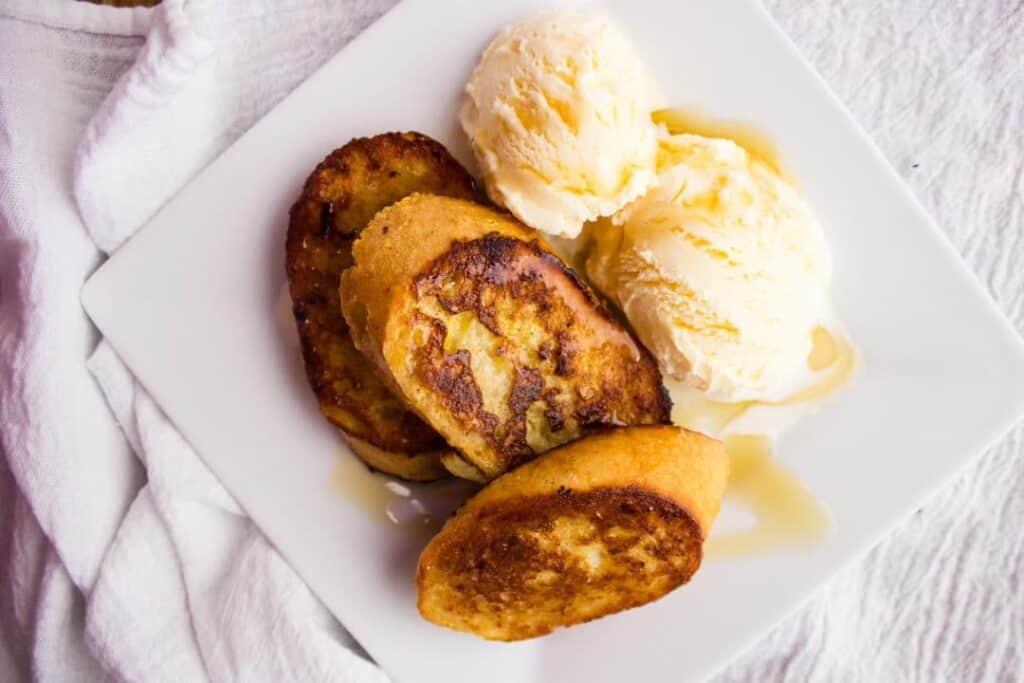 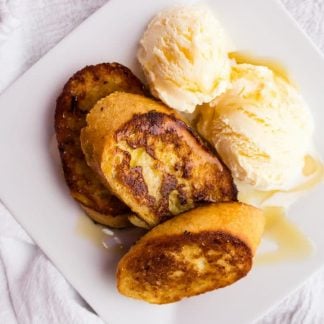 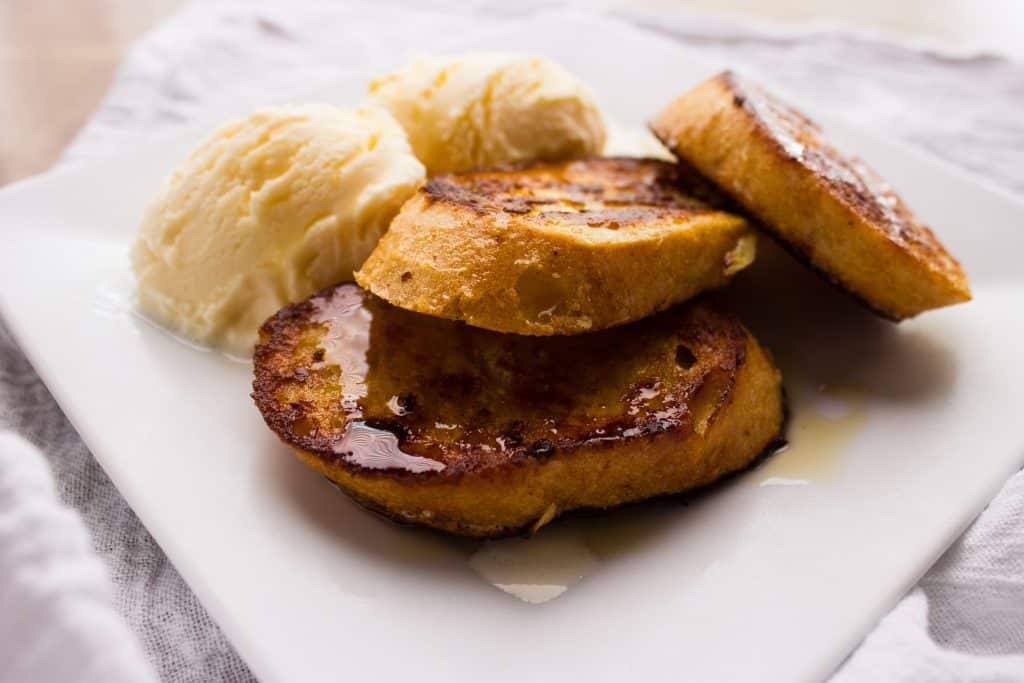 Got any comments, questions, or ideas for Rum French Toast? Share them in the comments below!