Cinnamon Roll Waffles - Get the delicious taste of cinnamon rolls in the form of a waffle topped with a cream cheese icing. So easy and delicious! 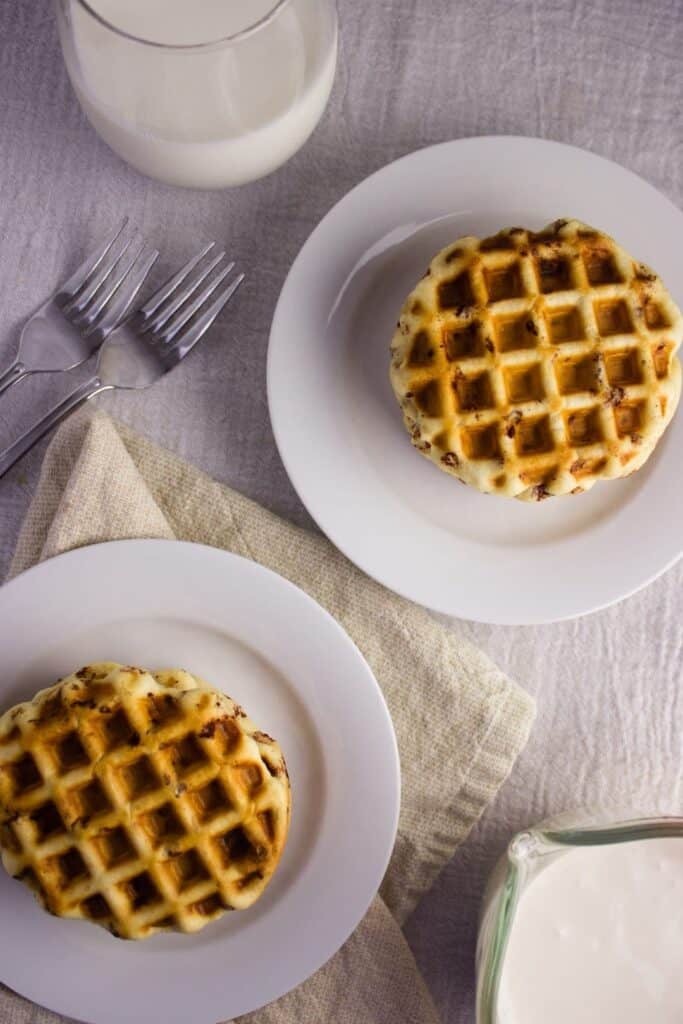 One of the good and sometimes bad things about going to the mall, besides shopping of course, is the part when you enter the food court and smell the delicious aroma of freshly baked cinnamon rolls.

I am talking about the sweet, gooey, sticky, cinnamon flavor packed into a big warm bun.

This is the kind of smell that you almost cannot help but make a pit stop at the Cinnabon location to totally ruin any diet for the day.  Now I have to admit that I have given in and had my share of mall cinnamon rolls to know that they are pretty hard to resist.

What if I told you that you could also enjoy these cinnamon rolls in the form of a waffle and top it with a cream cheese icing? This would satisfy the sweetest of a sweet tooth and what better way to enjoy some waffles than if they taste like cinnamon rolls. Talk about WINNING!!

These Cinnamon Roll Waffles are so easy to make because they begin with a can of refrigerator cinnamon rolls and all you have to do is place each individual roll into the middle of a preheated waffle iron and allow it to cook until it is golden brown, which takes just a few minutes. Now the can of cinnamon rolls will come with a container of original icing and you can certainly use that, but the cream cheese icing takes just a few minutes to make and adds another layer of flavor to these already delicious waffles. You have to try them. 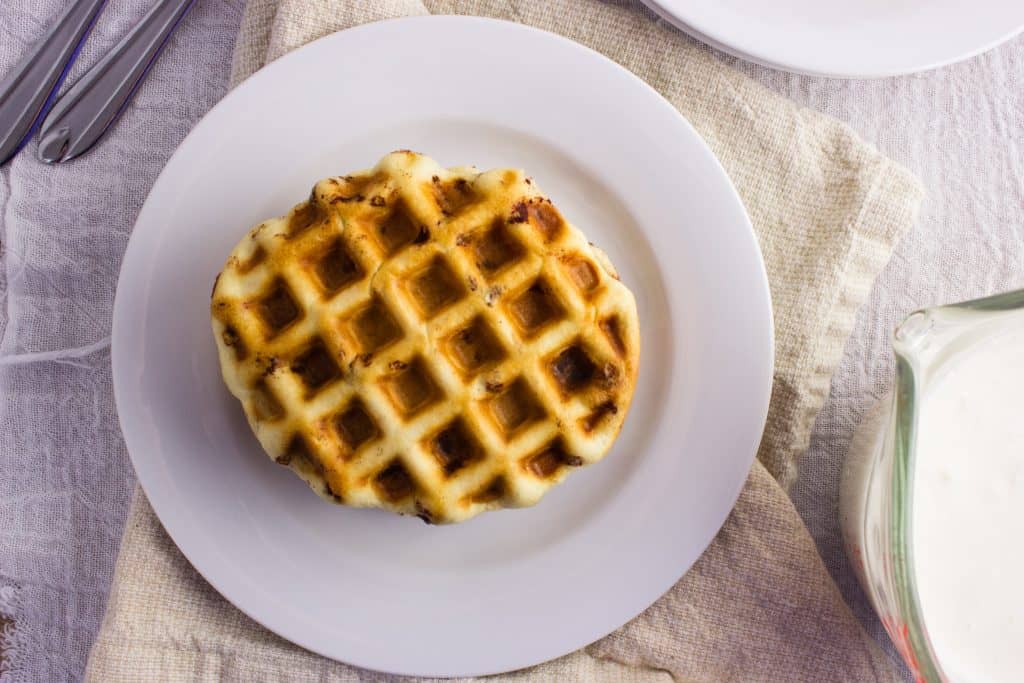 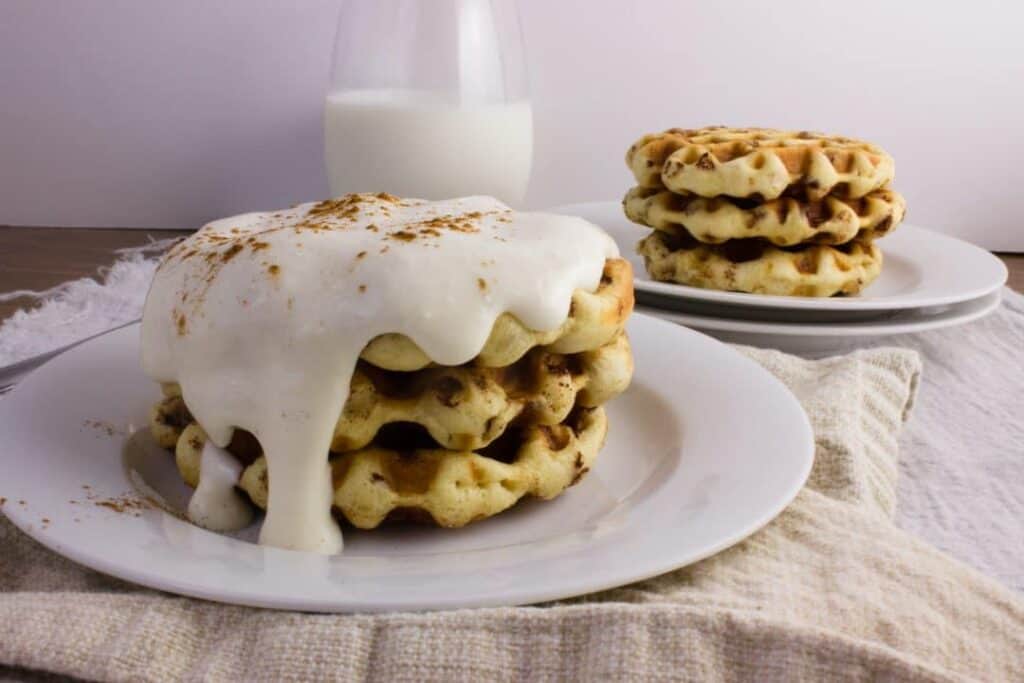 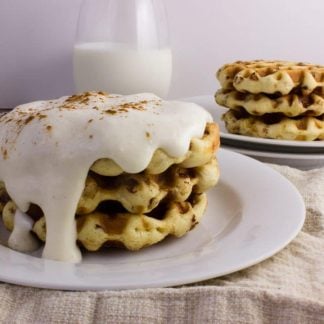 Got any comments, questions, or ideas for these Cinnamon Roll Waffles? Share them in the comments below!