Instead of heading to Chipotle, make this burrito bowl at home instead. Loaded with Cilantro Lime Rice, sauteed bell peppers, chopped tomatoes, and anything else you want. 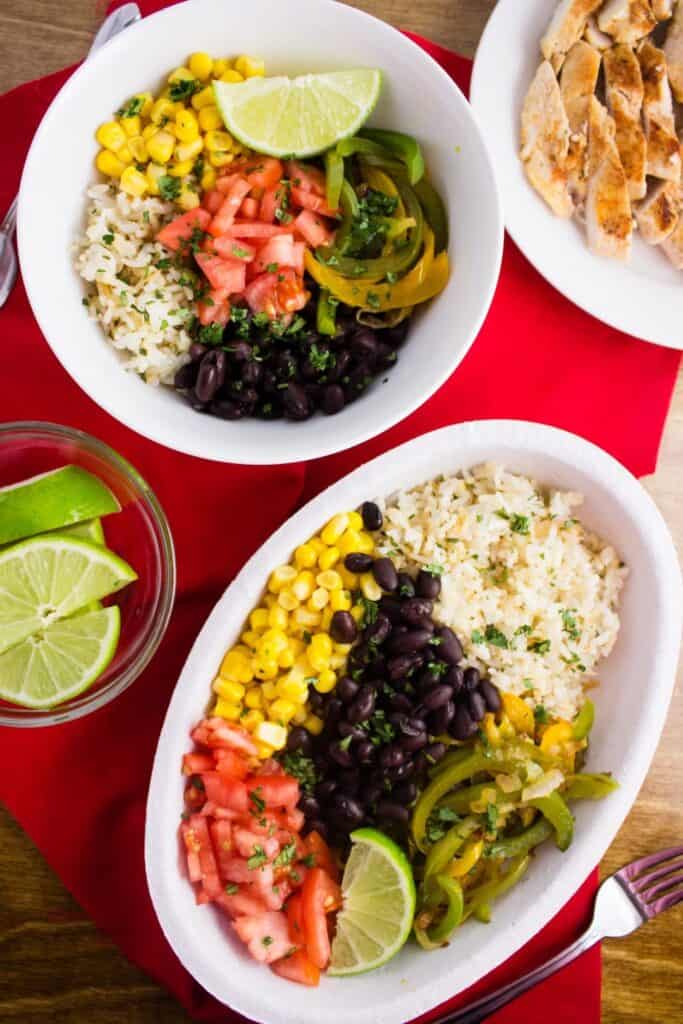 This post is sponsored by Fresh From Florida as part of an Influencer Activation for Influence Central, however all opinions expressed are my own.

I finally made a burrito bowl at home!

After eating like a million restaurant burrito bowls I decided to give making them at home a try. I am actually surprised that I never thought about trying this before especially since it is a pretty simple recipe and can be made in a few minutes.

My favorite thing about the burrito bowl in general is that you can put a whole lot of vegetables into it. I am talking tomatoes, onions, peppers, and corn, so much healthy goodness in one bowl. Speaking of fresh vegetables, one of the things that I enjoy most about living in sunny Florida is that Florida Farmers make it so easy to be able to find fresh produce year-round. You can easily recognize this produce by looking for the Fresh From Florida label in the grocery store. I love the idea of supporting the farmers in my state simply by purchasing food, produce, and seafood that I would pretty much buy anyway.

This burrito bowl recipe is fully vegan, but you can certainly toss in your favorite protein such as steak, chicken, or shrimp. The base is made up of rice that is flavored with lime juice and cilantro. I used white rice for this recipe, but brown rice, quinoa, or even cauliflower rice would work just as good. Next, I sautéed some sliced bell peppers and red onion in olive oil to add to the burrito bowl as well as some black beans and corn. For the recipe I did use canned corn, but if you would rather use fresh corn that would work just as well.

Lastly, I topped my burrito bowl with some diced tomatoes, which are in great abundance this time of year and really brighten up this dish. You could finish off your homemade burrito bowl by topping it with some chopped fresh cilantro and serve it with a lime wedge. 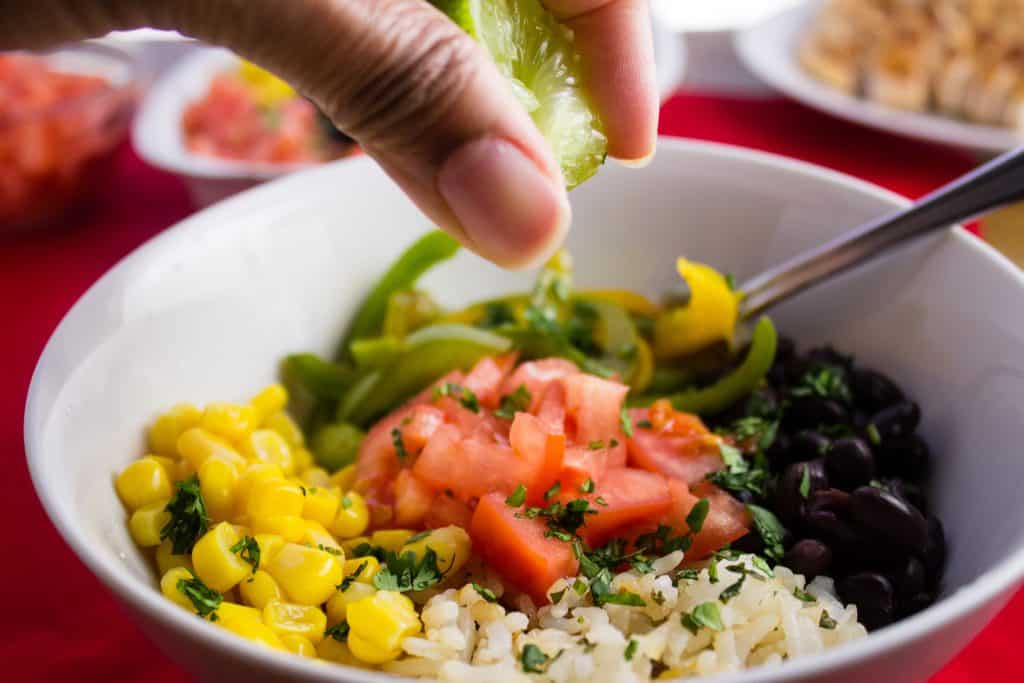 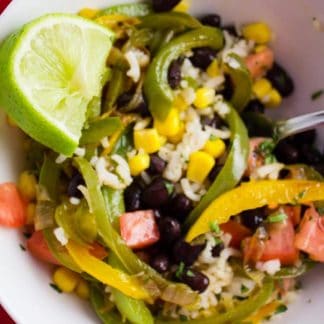 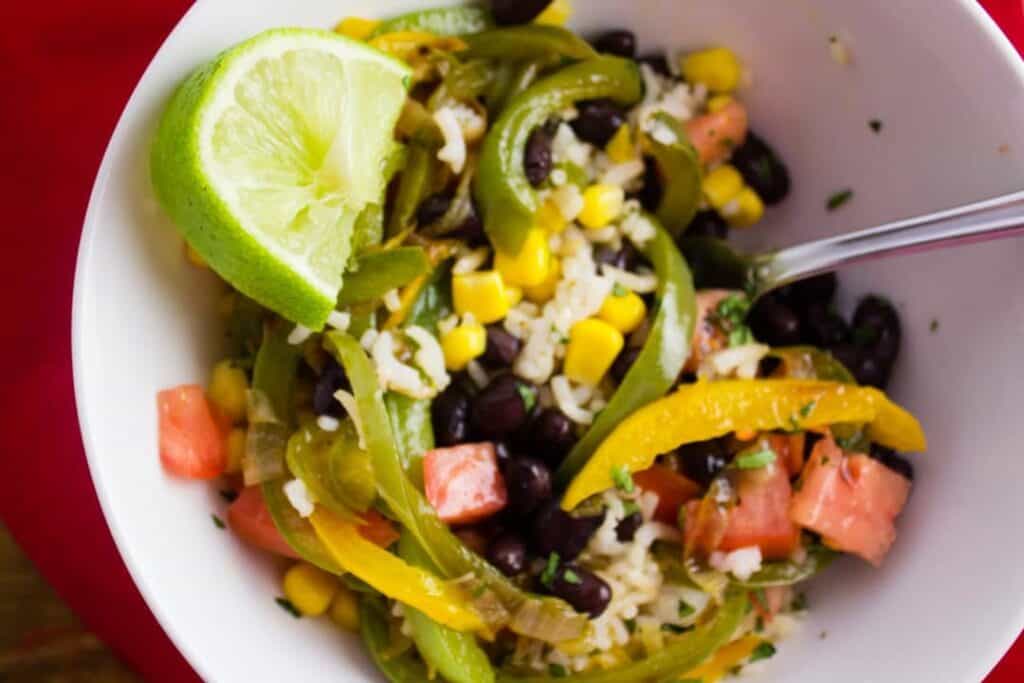 Got any comments, questions, or other Burrito Bowl ideas? Share them in the comments below!